What are the EASA’s proposal for common rules for UAS

Proposed requirements in the EU are likely to have a global impact. This webinar provides an overview of the current state of global regulations for unmanned aircraft systems (UAS) and offers a detailed look at the EASA’s proposal for common rules for UAS. Robert Ziegler specialises in the safety of toys and other childcare articles. He holds a degree in precision engineering/medical technology from the Fachhochschule München (Munich University of Applied Sciences). Mr Ziegler can be reached at Robert.Ziegler@tuev-sued.de. Prior to joining TÜV SÜD in 2014, Asli Solmaz-Kaiser served in various senior business development positions in the TIC industry. She holds a BA degree in Business Administration from Istanbul University and an MBA degree from the University of Mannheim. 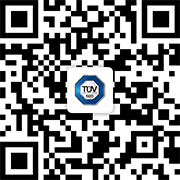